Making it to 90 years old is awe-inspiring in much of the world. But on a tiny Greek island in the North Aegean Sea, nonagenarians barely merit a second glance.The island of Icaria could be the newest of the world's so-called blue zones — places where residents have unusually long life spans. Dan Buettner has crossed the globe many times over the years in search of blue zones, and he recently teamed up with AARP and National Geographic to study Icaria. Buettner and a team of demographers work with census data to identify blue zones around the world. They found Icaria had the highest percentage of 90-year-olds anywhere on the planet — nearly 1 out of 3 people make it to their 90s. Plus, Buettner says, "they have about 20 percent lower rates of cancer, 50 percent lower rates of heart disease and almost no dementia."

Our life spans are about 20 percent dictated by our genes, Buettner says. The rest is lifestyle. People in Icaria live in mountain villages that necessitate activity every day. "They have gardens," he says, for example. "If they go to church, if they go to their friends' house — it always occasions a small walk. But that ends up burning much more calories than going to a gym for 20 minutes a day." "They also have a diet that's very interesting," Buettner continues. "It's very high in olive oil; it's very high in fruits and vegetables." It's also very high in greens; about 150 kinds of veggies grow wild on the island. "These greens have somewhere around 10 times the level of antioxidants in red wine." And though they live on an island, Icarians don't eat much fish. Buettner says pirates pushed the culture up in the highlands and villagers couldn't depend on the sea as much as might be expected.

Particularly unusual to this new blue zone are the villagers' drinking habits. Tea drinking, that is. Icarians drink herbal teas every day, morning and night, Buettner says. This seems to be one of their secrets to longer living. "We had five of these herbal teas sent to Athens and analyzed for their chemical composition," Buettner reports. "We found out that most of them were diuretics." "It turns out that diuretics actually lower blood pressure," he says, "so when you're chronically lowering blood pressure every day with these herbal teas, that does help explain why there's lower rates of heart disease."

"That's something we haven't seen in Okinawa or Costa Rica or Sardinia or any of the other blue zones," Buettner says.

In 1970 Yiannis Karimalis got a death sentence. Doctors in Pennsylvania diagnosed the Greek immigrant with abdominal cancer and told him he'd be dead within a year. He was not yet 40 years old.

Devastated, Karimalis left his job as a bridge painter and returned to his native island of Ikaria. At least there he could be buried among his relatives, he thought—and for a lot less money than in the United States. Thirty-nine years later, Karimalis is still alive and telling his amazing story to anyone who will listen. And when he returned to the States on a recent visit, he discovered he had outlived all the doctors who had predicted his death.

On Ikaria, a mountainous, 99-square-mile island, residents tell this story to illustrate something they've known all their lives: on average, Ikarians outlive just about everyone else in the world.

For three weeks in April, I led a scientific expedition to Ikaria to investigate the reasons for the islanders' remarkable longevity. It was part of my research into the earth's few Blue Zones: places where an extraordinarily high proportion of natives live past 90. Our team of demographic and medical researchers—funded by AARP and National Geographic—found that an amazing one in three Ikarians reaches 90. (According to the U.S. Census Bureau, only one in nine baby boomers will.) What's more, Ikarians suffer 20 percent fewer cases of cancer than do Americans and have about half our rate of heart disease and one-ninth our rate of diabetes. Most astonishing of all: among the islanders over 90 whom the team studied—about one-third of Ikaria's population who are 90 and older—there was virtually no Alzheimer's disease or other dementia. In the United States more than 40 percent of people over 90 suffer some form of this devastating ailment.

How do we explain these numbers? History tells part of the story.

In antiquity Ikaria was known as a health destination, largely for its radioactive hot springs, which were believed to relieve pain and to cure joint problems and skin ailments. But for much of the ensuing two millennia, civilization passed over this wind-beaten, harborless island. To elude marauding pirates, Ikarians moved their villages inland, high up on the rocky slopes. Their isolation led to a unique lifestyle.

Over centuries with no outside influences, island natives developed a distinctive outlook on life, including relentless optimism and a propensity for partying, both of which reduce stress. Ikarians go to bed well after midnight, sleep late, and take daily naps. Based on our interviews, we have reason to believe that most Ikarians over 90 are sexually active.

But what about the Ikarians' culture best explains their long lives? To find out, we let visitors to AARP.org/bluezones direct our team's quest. Our online collaborators voted on what we should research next. One day, for example, we interviewed hundred-year-old Ikarians to discover what they'd eaten for most of their lives. The next day we investigated the chemical composition of herbal teas.

In all, we found 13 likely contributors to Ikarian longevity. The formula below may be the closest you'll get to the fountain of youth:

Graze on greens More than 150 varieties of wild greens grow on Ikaria. Some have more than ten times the level of antioxidants in red wine.

Sip herbal teas Steeping wild mint, chamomile, or other herbs in hot water is a lifelong, daily ritual. Many teas lower blood pressure, which decreases the risk of heart disease and dementia.

Throw out your watch Ikarians don't worry about time. Work gets done when it gets done. This attitude lowers stress, which reduces the risk of everything from arthritis to wrinkles.

Nap daily Ikarian villages are ghost towns during the afternoon siesta, and science shows that a regular 30-minute nap decreases the risk of heart attack.

Walk where you're going Mountainous terrain and a practice of walking for transport mean that every trip out of the house is a mini workout.

Phone a friend With the island's rugged terrain, family and village support have been key to survival. Strong social connections are proven to lower depression, mortality, and even weight.

Drink goat's milk Most Ikarians over 90 have drunk goat's milk their whole lives. It is rich in a blood-pressure-lowering hormone called tryptophan as well as antibacterial compounds.

Maintain a Mediterranean diet Around the world, people who most faithfully stick to this region's diet—a regimen high in whole grains, fruits, vegetables, olive oil, and fish—outlive people who don't by about six years. The Ikarian version features more potatoes than grains (because they grew better in the mountains) and more meat than fish (because the sea was a day's journey away).

Enjoy some Greek honey The local honey contains antibacterial, anticancer and anti-inflammatory properties. (Unfortunately, the health benefits of Ikarian honey do not extend to American honey, as far as we know.)

Open the olive oil Ikaria's consumption of olive oil is among the world's highest. Residents drizzle antioxidant-rich extra-virgin oil over food after cooking, which preserves healthful properties in the oil that heat destroys.

Grow your own garden (or find farmers' markets) Fruits and vegetables eaten soon after picking are higher in compounds that decrease the risk of cancer and heart disease.

Get religion Ikarians observe Greek Orthodox rituals, and regular attendance at religious services (of any kind ) has been linked to longer life spans.

Bake bread The island's sourdough bread is high in complex carbohydrates and may improve glucose metabolism and stave off diabetes.

Do Ikarians possess the true secret to longevity? Well, some combination of their habits is helping them live significantly longer than Americans, who live on average to age 78. We can't guarantee that Ikarian wisdom will help you live to 100. But if Yiannis Karimalis's example is any indicator, it may help you outlive your doctor.

Dan Buettner is the author of The Blue Zones: Lessons fo 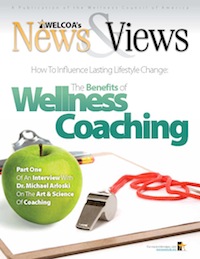 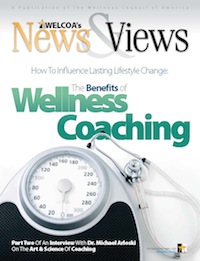